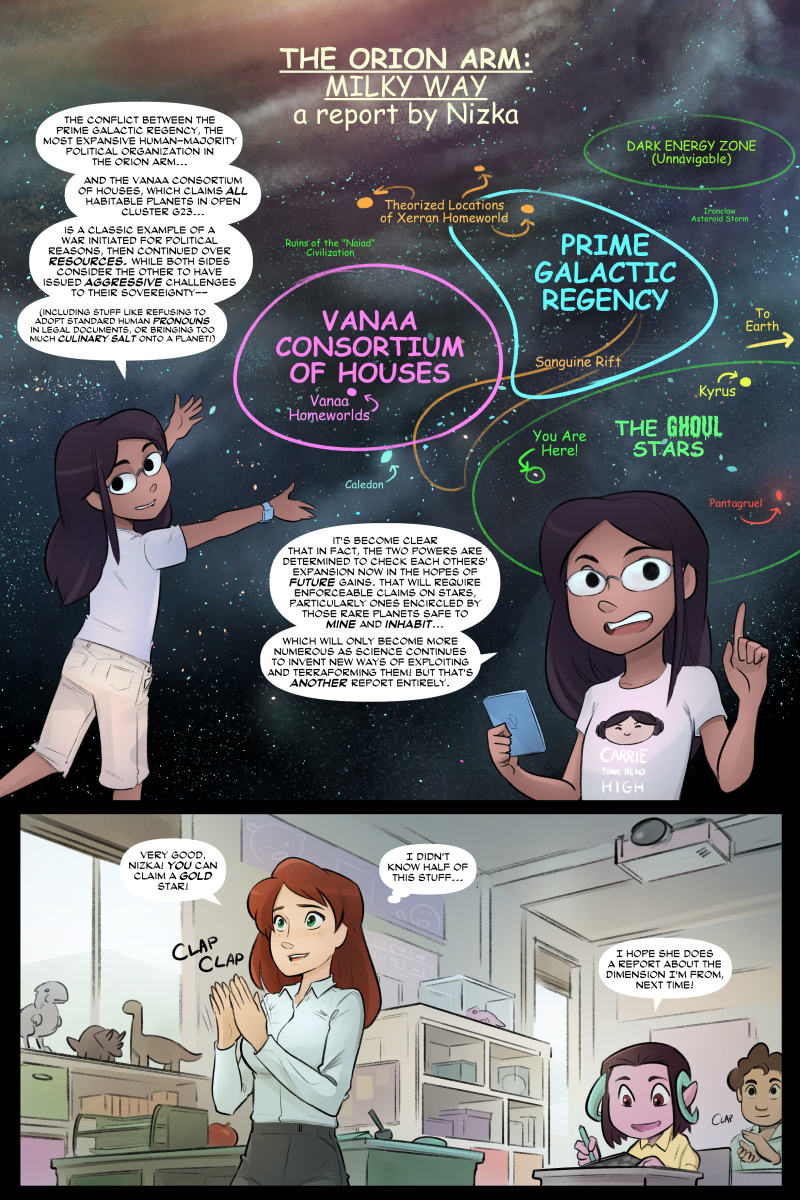 We went with the thing about Ashley being from another dimension 'cause it shows we're not about to start taking the setting too seriously, even though all this stuff is gonna play into ongoing plot threads. Our other choice of thing for her to say at the end there? "She also helped me with my report. It's about different colors of squirrels!"

That's a pretty important topic, you know. Like, for instance, I live in an urban area, and we mostly have those big gray squirrels (Sciurus carolinensis). But in the summer, when I go to the country, I see the littler pointy-eared red ones (Tamiasciurus hudsonicus).

Did you know that the American gray squirrel is an invasive species in Britain? It's true! They're a hardy breed and not averse to foraging on the ground, so they make it through tough winters pretty well. In places they're out-breeding the Eurasian red squirrel (Scurius vulgaris), which has been there for millennia. That kind is even MORE pointy-eared and red than the American kind of red squirrel, and their white bellies are typically a lot brighter... next time you see a squirrel, maybe find out what kind it is. You'll be surprised how many varieties of this everyday animal there actually are!

See? This is a serious subject, suitable for a report!

Yes, I know it's Comic-Sans. This was an intentional artistic decision on my part to better represent the graphic design senses of a twelve year old. Thank you very much. Anyway, it's good to be back. And back to being late! This page was trickier to put together than I expected!